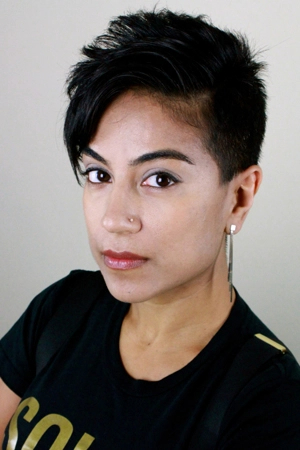 My dream is that we will come to see child sexual abuse in the same way we used to think about other forms of discrimination and violence that were once completely taboo to discuss—for instance, against HIV+ people, against LGBTQ communities, and against people seeking abortions. In my lifetime, we have moved from a culture of such profound shame and stigma that directly affected people could barely utter their truths, to now, when we have multi-million dollar infrastructure, organizations large and small, and highly visible grassroots movements that have achieved significant progress on these issues. We have faced other intractable social problems and achieved real progress. Ending child sexual abuse is possible. There is no problem we can’t tackle through collective power, with directly affected people leading movement building efforts.

The Challenge: The shame and stigma that is endemic to child sexual abuse leads to isolation and collective disempowerment. The consequences are even more devastating for people living at the intersections of oppression—especially people of color, trans* and gender non-conforming people—who face multiple forms of trauma and violence even in adulthood and have few, if any, opportunities to be in community with one another as out survivors of child sexual abuse. Because of the taboos surrounding sexual assault and sexual abuse of children and because of dominant structures of power and privilege, the options for intervention, prevention and healing are based on a very limited understanding of the ways in which child sexual abuse plays out and who is affected. The result is an infrastructure for responding to child sexual abuse that is, for the most part, designed for white, middle-class, heterosexual people and leaves structurally oppressed communities behind.

The Solution: Make survivors’ stories of healing activism visible through the Mirror Memoirs project and launch a National Day of Action to End Child Sexual Abuse. These interventions aim to hold leaders and institutions accountable to the needs of survivors at the intersections of oppression, especially trans* and gender non-conforming people of color, and to create accessible actions for everyone who wants to be a part of a social justice movement to end child sexual abuse.

The Strategy: The Mirror Memoirs project creates a vehicle for trans* and gender non-conforming survivors of color—many of whom are veteran social justice activists—to organize and build community with each other, share their stories, and speak out against abuse. These are the survivors who have a wealth of wisdom to bring to the movement to end child sexual abuse, yet have been left out of mainstream solutions. This project develops an accessible story bank, a national convening for trans* and gender non-conforming survivors of color and the organizations seeking to serve them, and a National Day of Action for all survivors and allies. By creating movement strategies that center the most vulnerable survivors of childhood rape and sexual assault, we ensure that we are creating strategies, initiatives and movements that can move us all toward collective healing and liberation.

The National Day of Action will counter shame and stigma with visibility and will leverage themes of hope, healing and resilience against a backdrop of social justice activism to mobilize the general public to speak out and take action. By creating a visible, national platform for all survivors, this project will build a broad base of survivors and their loved ones to speak out and commit to ending cycles of violence in their own lives and in our society. By engaging a cross-section of the public in a dialogue about the endemic nature of child sexual abuse, we sharpen people’s analyses, thereby helping them shape better solutions and interventions to help end child sexual abuse.

Amita Swadhin is an educator, storyteller, activist and consultant dedicated to fighting interpersonal and institutional violence against young people. Her commitments and approach to this work stem from her experiences as a genderqueer, femme queer woman of color, daughter of immigrants, and years of abuse by her parents, including eight years of rape by her father.

They are a frequent speaker at colleges, conferences and community organizations nationwide, and a consultant with over fifteen years of experience in nonprofits serving low-income, immigrant and LGBTQ youth of color in Los Angeles and New York City. Amita has been publicly out as a survivor of child sexual abuse since she interned at the U.S. Department of Justice Office of Violence Against Women in 1997.

From March 2012 to September 2015, Amita was the Los Angeles Executive Director of Peer Health Exchange, a national nonprofit empowering teens to make healthy decisions. In the fall of 2015, they were the Interim Executive Director of API Equality-LA, whose mission is to build power in the Asian and Pacific Islander community to achieve LGBTQ equality and racial and social justice.

Prior to relocating to Los Angeles, Amita was the coordinator and a cast member of Secret Survivors, a theater project featuring child sexual abuse survivors telling their stories, which she conceived for Ping Chong & Co., an award-winning performance company in New York City.

Amita has held full-time positions at Legal Momentum, Global Kids, Make the Road NY, and Kingsborough Community College (CUNY), and served as the final Board Chair of the National Youth Advocacy Coalition, a national organization advocating for and with LGBTQ youth.

Amita is also a published author. Their writing has been featured on The Feminist Wire and The Huffington Post, and in the anthologies Dear Sister: Letters from Survivors of Sexual Violence (AK Press, 2014) and Queering Sexual Violence (Magnus Books, 2016).

She holds a Master’s in Public Administration degree from New York University, where she was a Catherine B. Reynolds Fellow in Social Entrepreneurship, and a BS in Foreign Service from Georgetown University.

My dream is that we will come to see child sexual abuse in the same way we used to think about other forms of discrimination and violence that were once completely taboo to discuss—for instance, against HIV+ people, against LGBTQ communities, and against people seeking abortions. In my lifetime, we have moved from a culture of such profound shame and stigma that directly affected people could barely utter their truths, to now, when we have multi-million dollar infrastructure, organizations large and small, and highly visible grassroots movements that have achieved significant progress on these issues. We have faced other intractable social problems and achieved real progress. Ending child sexual abuse is possible. There is no problem we can’t tackle through collective power, with directly affected people leading movement building efforts