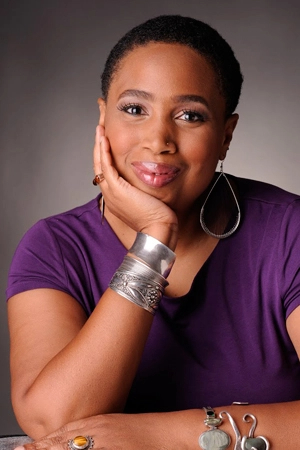 True liberation must come from within. I am a Black feminist lesbian who is a survivor of both incest/child sexual abuse and rape. What better individuals to lead the movement to end child sexual abuse than those of us who have not only been directly impacted, but who are actively engaged in transforming that unspeakable trauma and terror into healing and liberation? Love, for me, is a verb—an action—and I consistently strive to be the embodiment of what I want to womanifest in this work.

The Solution: Break the silence on child sexual abuse in the family through LoveWITHAccountability—a multi-media campaign for child sexual abuse and incest survivors of African descent to speak out in solidarity and to share their testimonies and solutions for creating accountability with love for the violence done to them within their families. Our society’s sole focus on punishment and incarceration—especially for people of color—actually undermines true accountability and healing. We must move beyond solely focusing on the perpetrator to understanding the conditions, ecosystem and bystander mentality that allow for child sexual abuse to happen.

The Strategy: This project creates public spaces on various platforms—including social networking, print and traditional media—for survivors of African descent to speak up and out in solidarity with each other about the critical need for LoveWITHAccountability for child sexual abuse in our families and communities. The more visibility we bring to this crisis, the more possible it will be to end it. The more we build community and connection, the greater power we will have to engage in collective action. This work builds on our communities’ demonstrated track records resisting racism and tackling white supremacist violence. When we talk about Black lives mattering, it is imperative that we also include ending child sexual abuse and other forms of intra-racial gender-based violence.

Aishah Shahidah Simmons is an award-winning Black feminist lesbian documentary filmmaker, activist, cultural worker, writer and international lecturer. An incest and rape survivor, she created the Ford Foundation-funded, internationally acclaimed and award-winning feature length film NO! The Rape Documentary. Alice Walker, the Pulitzer Prize-winning author of The Color Purple, says, “If the Black community in the Americas and in the world would save itself, it must complete the work that [NO!] begins.”

As a 2016-2018 Visiting Scholar at the University of Pennsylvania’s School of Social Policy & Practice, Aishah will continue to develop her #LoveWITHAccountability multimedia project under the auspices of her Just Beginnings Collaborative Fellowship. This work includes a curating and editing a 10-day #LoveWITHAccountability online forum, on The Feminist Wire, of writings by over twenty-five diasporic Black cisgender women, gender queer/gender non-conforming people, trans men and cisgender men survivors and advocates writing about child sexual abuse, healing, justice, and love with accountability.

Previously, Aishah was the 2015-2016 Sterling Brown Professor of Africana Studies at Williams College, an Adjunct Professor in the Women’s and LGBT Studies Program at Temple University, an O’Brien Distinguished Visiting Professor in the Feminist, Gender and Sexuality Studies Department at Scripps College, Visiting Lecturer in the Department of Cinema and Media Studies at the University of Chicago, and an Artist-in-Residence at Spelman College’s Digital Moving Image Salon.

Aishah is an Associate Editor of The Feminist Wire where her published articles focus on archiving and documenting diasporic Black women and queer people’s her/hxstories and contemporary realities because they exemplify intersectional theory and praxis. She has screened her work, guest lectured and facilitated workshops and dialogues throughout the North American continent and in many countries in Europe, Africa, Asia, and the Caribbean.

Aishah credits both her twenty-four years work with a Black feminist licensed clinical psychologist and her fourteen-year practice of vipassana meditation with supporting her own healing while simultaneously fueling her to commit a significant portion of her life to address rape, child sexual abuse and other forms of gendered sexual violence.

True liberation must come from within. I am a Black feminist lesbian who is a survivor of both incest/child sexual abuse and rape. What better individuals to lead the movement to end child sexual abuse than those of us who have not only been directly impacted, but who are actively engaged in transforming that unspeakable trauma and terror into healing and liberation? Love, for me, is a verb—an action—and I consistently strive to be the embodiment of what I want to womanifest in this work