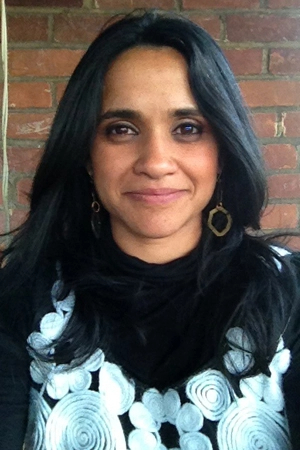 We live in a world where sexual violence, especially violence against women and children of color, is normalized. Their safety is dismissed and their body integrity is not valued. Our culture’s conflation of sex and violence and the systematic disregard of communities of color is often at the root of multi-generational cycles of violence. But it does not have to be this way. Imagine what the world could be like if sexual abuse were no longer normalized.

The Challenge: By distancing ourselves from people who have committed harm and disregarding the circumstances and conditions of perpetration, we lose our best opportunity to learn how to prevent child sexual abuse in the first place.

The Strategy: The Ahimsa Collective will access, record and publish the foundational wisdom of people directly affected by child sexual abuse and distribute this learning to the larger movement to end child sexual abuse. To access this learning, the project will conduct a series of talking circles in California prisons with people who have committed sexual abuse. This work is grounded in the belief that people who have committed harm can surface critical insights into what gave rise to their harmful actions. They can articulate the circumstances under which they perpetrated, the triggers that would cause them to do it again, and the factors that would have helped them stop. They also have insight into the specific familial, cultural, historical and economic factors and inequities that created the context for them to cause harm. Finally, if they themselves are survivors of child sexual abuse, they can speak to what impact that experience had on them.

Survivors of child sexual abuse also have essential answers for ending the crisis. The Ahimsa Collective will learn how people were victimized by talking to survivors about their victimization and, without blaming them, explore the causes and conditions that produced their susceptibility to sexual abuse. What survivors know about their abuser’s motivations and causative factors will vary greatly. But only they can describe the details of what happened, and the lasting impact of child sexual abuse on their lives. They can tell us how particular structural inequities made them more vulnerable to the harm, and the systemic failures that did not stop it.

Prior to founding The Ahimsa Collective, Sonya Shah was the Replication Director at Insight Prison Project and responsible for oversight of the Victim Offender Education Group (VOEG) program in prisons statewide and nationally. She is a founding member of Crime Survivors for Safety and Justice with Californians for Safety and Justice. Sonya has served on the advisory board for Restorative Justice for Oakland Youth and the board of trustees for the California Institute of Integral Studies (CIIS), where she is an Associate Professor. Sonya is actively immersed in seeding restorative justice and trauma healing modalities locally and nationally, and ending the charity-based model of working in “marginalized” communities. Her experiences as a survivor of child sexual abuse are critical to her analysis and approach to this work.

Sonya has been teaching social justice education for 20 years and grounds all of her work in critical pedagogy and a systemic analysis. As a group facilitator, Sonya creates learning environments that reflect values of equity; nurture the unique perspective of each participant; build collective and community-based knowledge and agency; and challenges oppressive assumptions and structures. She has appeared on various radio programs including NPR, KPFA, KQED and KALW, and has a blog on Huffington Post.

The Ahimsa Collective, founded by Sonya Shah in 2015, offers non-punitive approaches to addressing and healing harm through workshops, trainings, circles and writing. Projects are grounded in a power-with approach and through the lenses of restorative justice, trauma healing, transformative justice and critical pedagogy. The Ahimsa Collective operates under the fiscal sponsorship of Community Works West.

We live in a world where sexual violence, especially violence against women and children of color, is normalized. Their safety is dismissed and their body integrity is not valued. Our culture’s conflation of sex and violence and the systematic disregard of communities of color is often at the root of multi-generational cycles of violence. But it does not have to be this way. Imagine what the world could be like if sexual abuse were no longer normalized