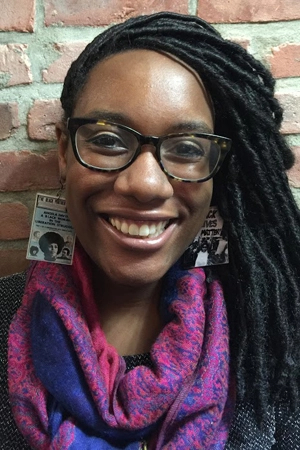 We envision a world where women and girls of African descent are fully empowered and gender, race and other disparities are erased. We work to place Black women and girls’ lives, as well as their particular struggles, squarely within the context of racial justice and are committed to building movements where gender matters.

The Challenge: The safety and bodily integrity of Black communities and Black people are not valued by our larger society, and the prevalence and scale of sexual violence against Black girls is disregarded. The result is that child sexual abuse prevention lacks the necessary culturally-specific and comprehensive strategies to address abuse in Black populations.

The Solution: Facilitate a transformation of our cultural values and ideologies at every level—individual, family, community, institutional and state—to respect the integrity of Black children’s lives, and center the wisdom, power and moral authority of Black organizers and activists in the collective movement to end child sexual abuse.

The Strategy: Black Women’s Blueprint will shift attitudes and behaviors that enable sexual violence against minors in African-American and Black immigrant communities in New York City. Through healing and accountability practices, community education, base-building and policy advocacy, we support Black people to fully embrace their value as human beings and their power to demand Black children’s right to flourish. The project provides a framework for addressing child sexual abuse prevention and intervention at the individual and societal contexts, as sexual abuse occurs at home, at school, at church, in the streets and elsewhere in communities. Grounded in traditional African cultural practices that teach values of safety and connection, the program has been designed to counteract the silence and secrecy surrounding sexuality that compound children’s vulnerability to abuse and empower Black communities to be proactive in preventing child sexual abuse before it starts.

Black Women’s Blueprint will produce a culturally relevant campaign and toolkit that feature relatable images of Black girls and boys. Through this campaign we seek to build a powerful base of grassroots advocates who not only will work to prevent violence in their own communities, but also will be interested and prepared to address the structural barriers to violence prevention. The primary audience for this campaign are the caretakers of young children of African descent and secondarily, Black caretakers of any children including parents, caregivers, daycare providers, school counselors, afterschool program directors, pediatricians, educators, childcare providers and nursery aids.

Sevonna Brown is the Human Rights Project Manager at Black Women’s Blueprint. She is a birthworker through Ancient Song Doula Services and the Doula Project. She dedicates her work to the survival strategies that Black women build from rituals, sacred truths and the ways they honor the intergenerational narratives of their reproductive herstories. Her organizational affiliations include Spirit of a Woman Leadership Development Institute and Standing in Our Power: A Women of Color Transformative Leadership Institute. Most recently Sevonna received the ELLA Fellowship through the Sadie Nash Leadership Program where she brings reproductive justice to young women of color through grassroots organizing. As a survivor she seeks to bridge the connections between reproductive justice and anti-sexual violence advocacy through her cultural work, human rights lens and womanist frameworks. She believes in every community’s right to holistic healing, as well as radically freeing and unconditionally loving themselves.

Founded in 2008, Black Women’s Blueprint is a national human rights and civil rights membership organization of women and men. Its purpose is to take action to bring Black women into full and equal social, economic and political participation in the mainstream of American society now. It works to develop a culture where women of the African diaspora are fully empowered and where gender and race disparities are erased. It engages in progressive research, documentation and transnational organizing for social justice based on the historical contributions and the ongoing struggles of Black women at home, at work, in their communities, and moreover, within the dominant culture. Launched by Black transnational feminists in the United States, BWB is a bold, innovative and groundbreaking move by Black women across generations, ethnicities, sexualities and other identities to confront the ever-shifting nature of rape culture and sexual violence against Black women in the U.S.

We envision a world where women and girls of African descent are fully empowered and gender, race and other disparities are erased. We work to place Black women and girls’ lives, as well as their particular struggles, squarely within the context of racial justice and are committed to building movements where gender matters

The Ahimsa Collective
Scroll to top