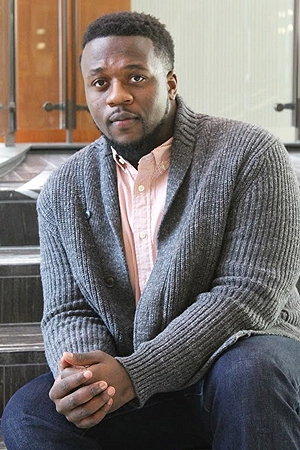 I am a minister, a freedom fighter, and a survivor-activist who has worked to end all forms of violence, especially racial-sexual violence, against Black people. So much of our collective understanding of love is rooted in violence. Our culture conflates abuse and love—so many of us do not know how to love each other or ourselves. We have deep work to do, and I intend to bring my knowledge and experience as a preacher, scholar and community organizer to the forefront of the movement to end child sexual abuse.

The Challenge: The increase in child sexual abuse cases in various Black church denominations has been met with a disturbing silence. These kinds of predations are often most prevalent in spaces where sexually repressive and violent theologies remain unchecked and upheld by patriarchy, anti-blackness and rape culture. So often in the church, the salvation of the soul is treated as more important than the safety of the body and the lived experiences of children are minimized.

The Solution: Build a base of Black churches to end child sexual abuse. Draw on the wisdom, reach and influence of grassroots faith leaders in Black communities to break the cycle of violence and use liberation theology as a powerful tool for healing, transformation and communal reckoning in communities of faith.

Through this project, Black churches will engage the pulpit as a tool of activism to end child sexual abuse and clergy will be called upon to create innovative sermons that encourage congregants to be more intentional about ending child sexual abuse in their homes and communities. Many congregants are aware of the crisis of child sexual abuse, but lack the tools or support to effectively engage. The project will create a space and shared language across the church and grassroots anti-rape movements, building a foundation for shared understanding and collective action. When incidents of child sexual abuse occur, congregations will have the tools they need to not succumb to fear and denial, but instead provide healing for survivors and accountability for harm-doers.

Ahmad Greene-Hayes is a writer, scholar-activist and community organizer who works at the intersection of criminal justice and sexual violence prevention. He is the outgoing Human Rights and Emerging Sons Campaign Manager at Black Women’s Blueprint, and works on the role of Black men in combating issues of rape, sexual assault, incest and domestic violence in Black communities. Born in Newark, New Jersey to a courageous, single Black mother and a praying Black grandmother, Ahmad acquired a keen understanding of recognizing and mobilizing around Black women’s trauma.

Ahmad is the founder of #BlackChurchSex on Twitter and a minister, and hopes to eventually obtain a Ph.D. in Religion and African American Studies. Outside of the academy, he organizes against intimate partner violence and child sexual abuse, and hopes to build on the pro-feminist tradition of his forefathers. Ahmad is a freelance writer whose work has appeared on Ebony.com, Racebaitr, TheRoot.com, NewBlackMan (In Exile), and The Feminist Wire. He speaks across the country on issues of race, gender and religion, most recently at the Apollo Theater, New York University, Middle Collegiate Church, Princeton Theological Seminary, Rutgers University-New Brunswick, and in a host of other community-oriented spaces. In 2015, Ebony magazine named him one of five “Super (Black) Men” working towards racial and gender justice.

I am a minister, a freedom fighter, and a survivor-activist who has worked to end all forms of violence, especially racial-sexual violence, against Black people. So much of our collective understanding of love is rooted in violence. Our culture conflates abuse and love—so many of us do not know how to love each other or ourselves. We have deep work to do, and I intend to bring my knowledge and experience as a preacher, scholar and community organizer to the forefront of the movement to end child sexual abuse